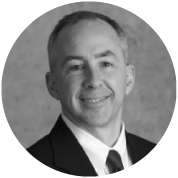 EVP of Operations and Engineering

Bill, EVP of Operations and Engineering at Phlow, is a respected industry leader with global experience in operations and engineering in the pharmaceutical, chemical, and medical device markets. Before joining Phlow, he worked for Bayer AG as SVP of Engineering for the Pharmaceuticals division. As an expat in Cologne, Germany, he led the overall execution of over 1B Euros in capital projects and an engineering community consisting of 20+ pharmaceutical sites. Prior to his work as SVP of Engineering, Bill served as Engineering and Technology for the Americas at Bayer where he led the strategic planning of capital projects for North and South America productions sites. Bill also has experience at Sigma-Aldrich where he held the positions of VP of Global Operational Excellence, VP of North American Operations, VP of Pharmaceutical Operations, and VP of Engineering, Maintenance, & Facilities. Bill also worked for bioMerieux where he was an expat in Lyon, France and was awarded 14 patents. He possesses a B.S. in Mechanical Engineering from Missouri University of Science & Technology and an MBA from Maryville University in Saint Louis, Missouri.